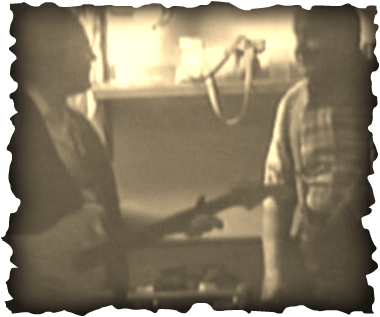 OK, so why the tag, "Old Master of New Acoustic?"
Here's a frame grab from the only known video footage of Swamp's fiddle mentor, Jim Hoiles.  Swamp and Jim had a grant from Illinois to work together on preserving old time fiddle tunes.  So, aside from old timey technique, Swamp learned a greater depth of American Celtic derived tunes from musicologist, Jim Hoiles.
When chosen to work with young talent, Alison Krauss, whose influences were also jazz, blues and rock, Swamp decided to co-produce a landmark instrumental album featuring both the trad and progressive filddle styles. Swamp's acoustic guitar and mandolin backup worked equally well on both.  The album, "Different Strokes" is the missing link in the origins of "New Acoustic."
Someone from the Nashville music scene once made the mistake of saying, "Oh, you're the side man."  Perhaps Swamp's amazing solo albums were his way of making sure he wouldn't be thought of as "the side man."   (even if he is the best one around) 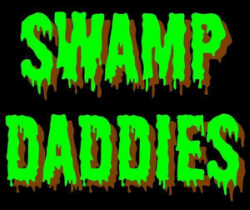 Of course when you play guitar and live in the 1960's and 70's - you play rock.   So, Swamp has been the guitarist for the Classic Rock band, The Swampdaddies.   We'll feature some Swampdaddies videos on this site's video page.   The band specialized in covering the Grateful Dead and frequently the Dead's Dylan covers.  The band still plays a few gigs and festivals.
Nowadays though, Swamp is most often seen playing with his old friend, Boze Baumberger in the New Acoustic group, "Banjohova Witness" and when joined by bluegrass veterans Dave and Melody Johnson, revert to the original name of their bluegrass band, "The Elastic Waste Band."